Penguins are easily one of my favorite animals; I love how fat and silly they are. The babies are nice and fluffy too!

I can't think of a better way to kick off this list than with the stars of my favorite anime! The ridiculous antics of the penguins marks one of the rare occasions in which I found the goofy animal sidekicks to be genuinely funny rather than grating. They also manage to be pretty damn cute, despite having the type of oversimplified chibi designs that I usually despise.

Additional shoutout to Esmeralda, who should also be on this list, but who I couldn't find a proper image of. 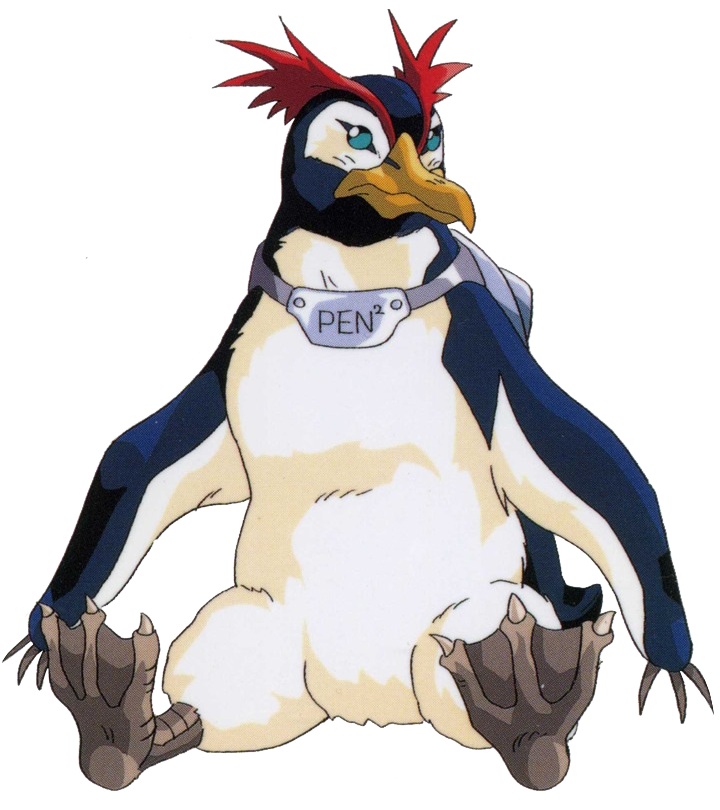 I appreciate Pen Pen's design for being fairly realistic (it's cuter that way) but I don't really recall him doing much. I know that they offered an explanation as to why Misato had a pet penguin, but it's still hard to take the scenario seriously... doesn't he like, live in her freezer? That tests my suspension of disbelief a bit.

Camel and the Penguin Zombie Trio ~ One Piece 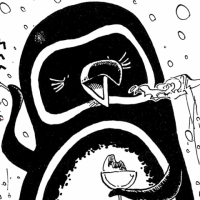 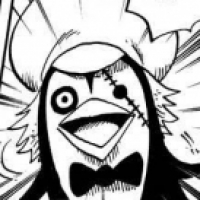 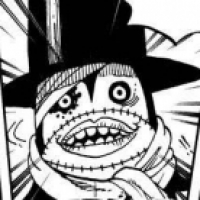 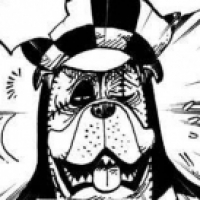 I guess Inuppe isn't really a penguin, but he's a part of the trio, and I don't really plan on making a dog page; there are way too many dogs out there, and I'm more of a cat person anyway. 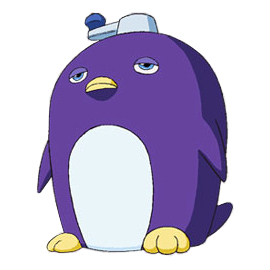 I don't really recall Daipenmon's role, other than being a big evil penguin... The snow-cone machine aspect of its design is a cute idea, but aside from that it's pretty bland. 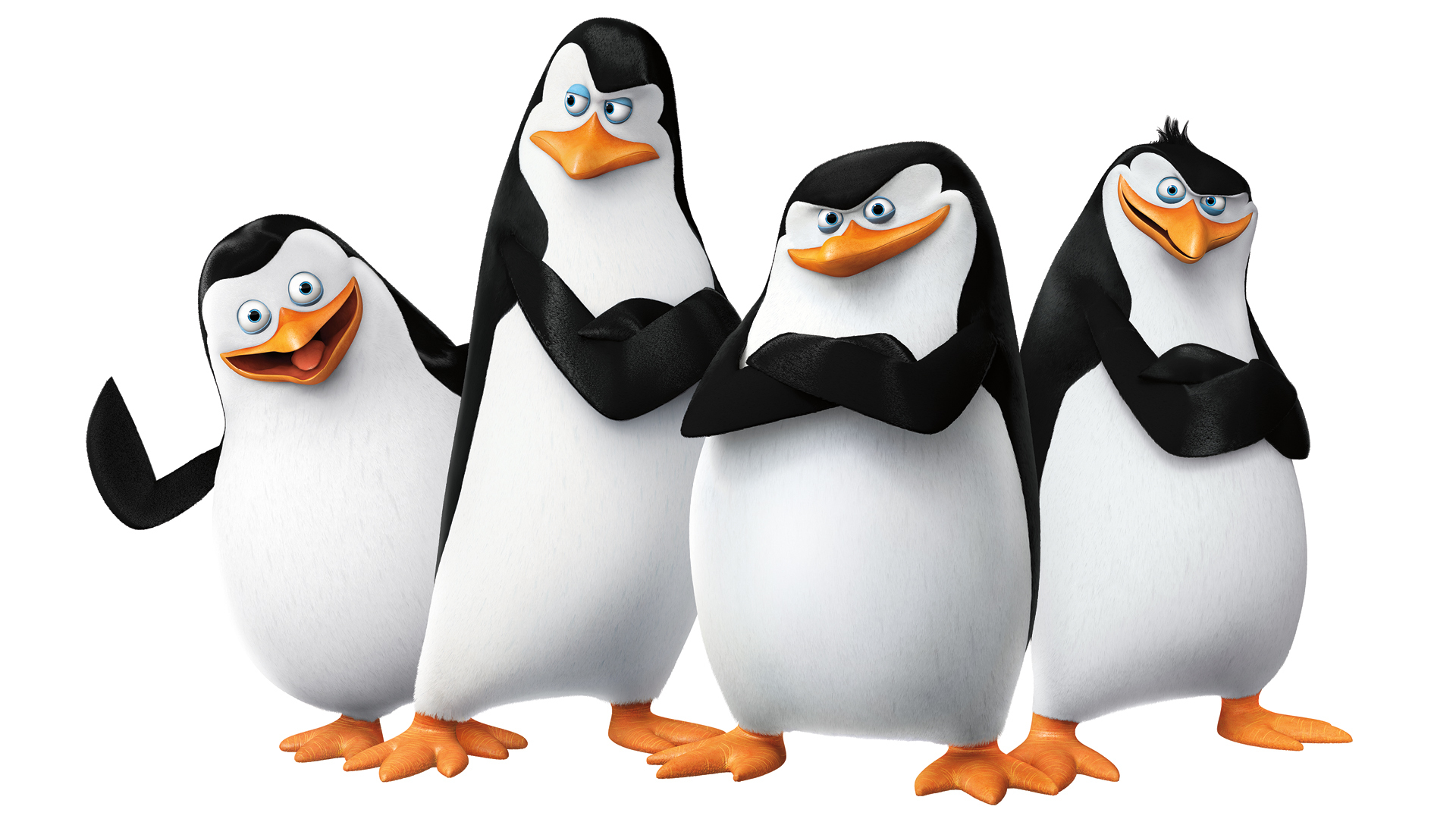 Easily the best part of an otherwise mediocre franchise. Their shenanigans single-handedly saved the snoozefest of a sequel as well. Apparently they have their own show, but I'm not interested in checking it out. I assume that this is one of those cases where too much of a good thing is no good at all; while very entertaining in the context of a larger plot, I'm not sure if these four could hold up a story on their own. 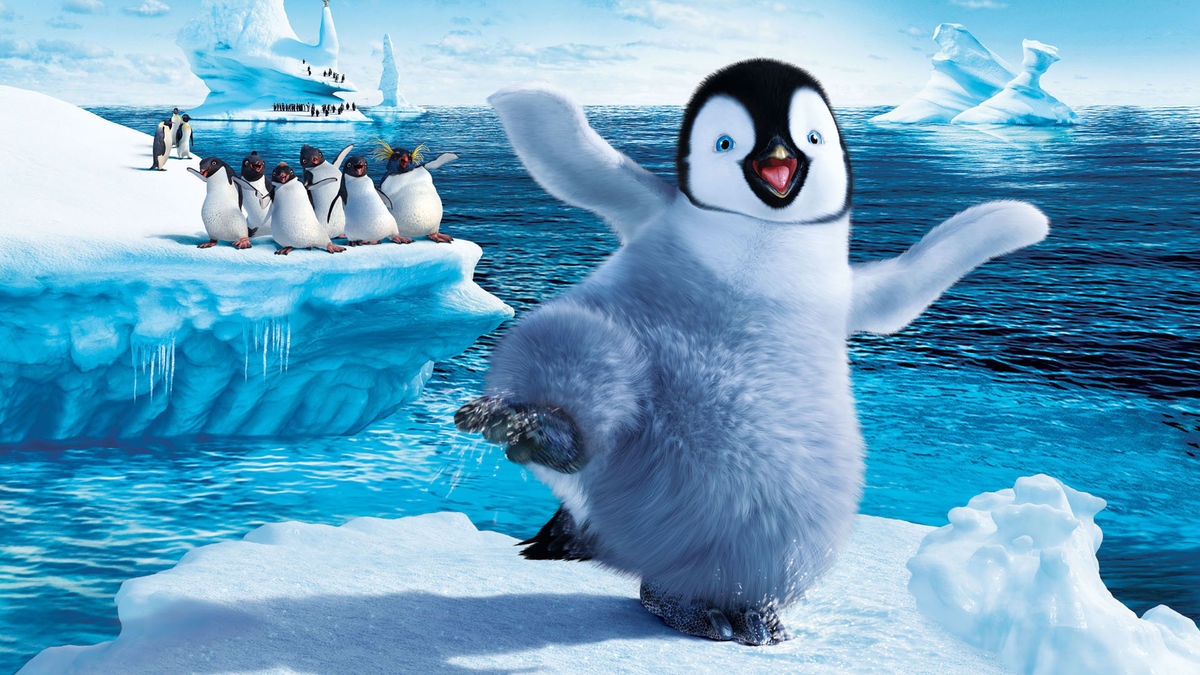 Genuinely one of the weirdest movies I've ever seen. I don't get why more people aren't talking about how weird it is, it's even worse than The Bee Movie... the plot is absolutely all over the place, I thought for a while that I had dreamt half of it. Trippiness aside, the dumb "be yourself" plot was obnoxious as hell. At least the penguins were cute. 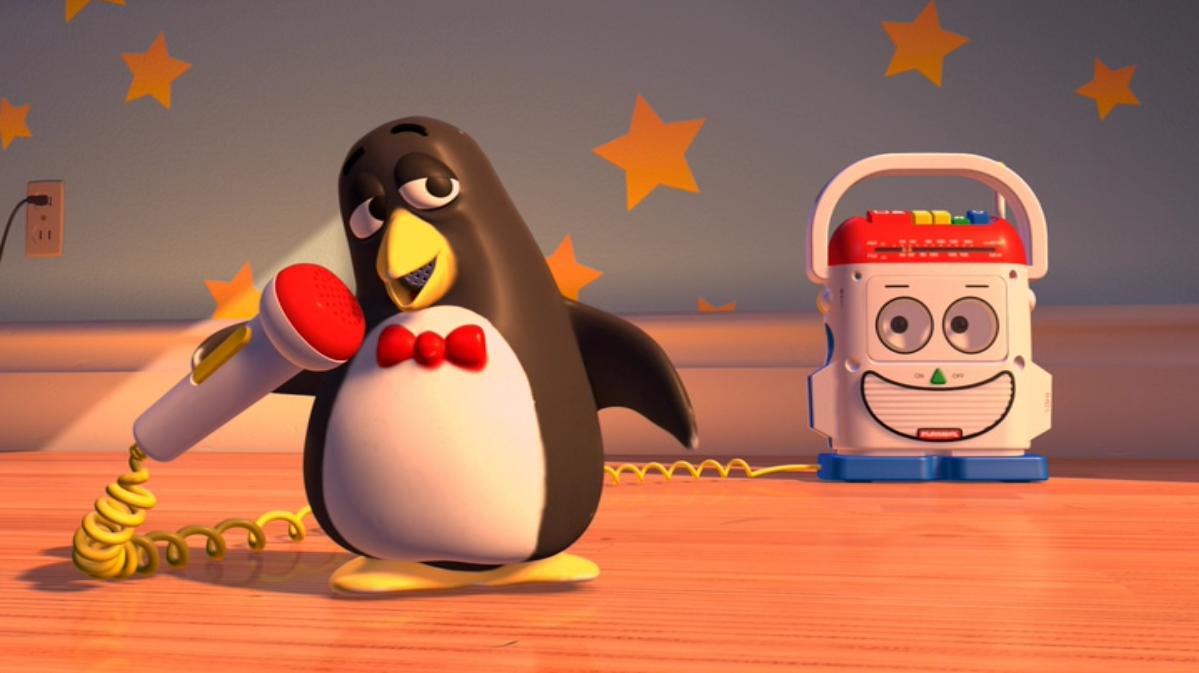 I haven't seen Toy Story in a few years, and I honestly don't recollect Wheezy's role at all. Design wise, I'm not very impressed. I guess the bowtie is kind of cute though.

Tip ~ The Little Mermaid II: Return to the Sea 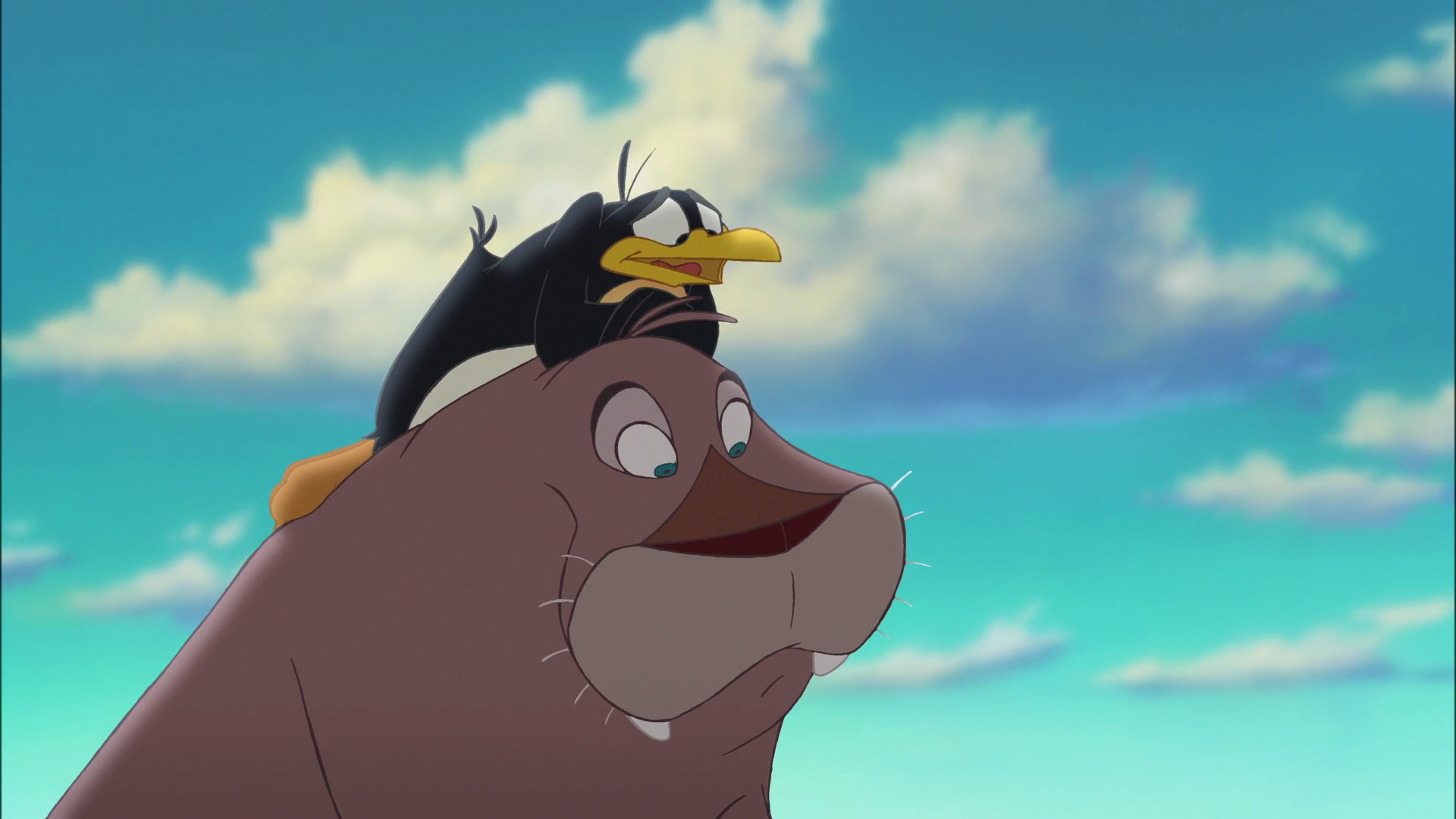 I don't remember enough about the Little Mermaid sequels to care about Tip or his walrus companion. It's irritating that I can't find a decent image of Tip on his own, but I guess that's just a testament to how insignificant a character he is. 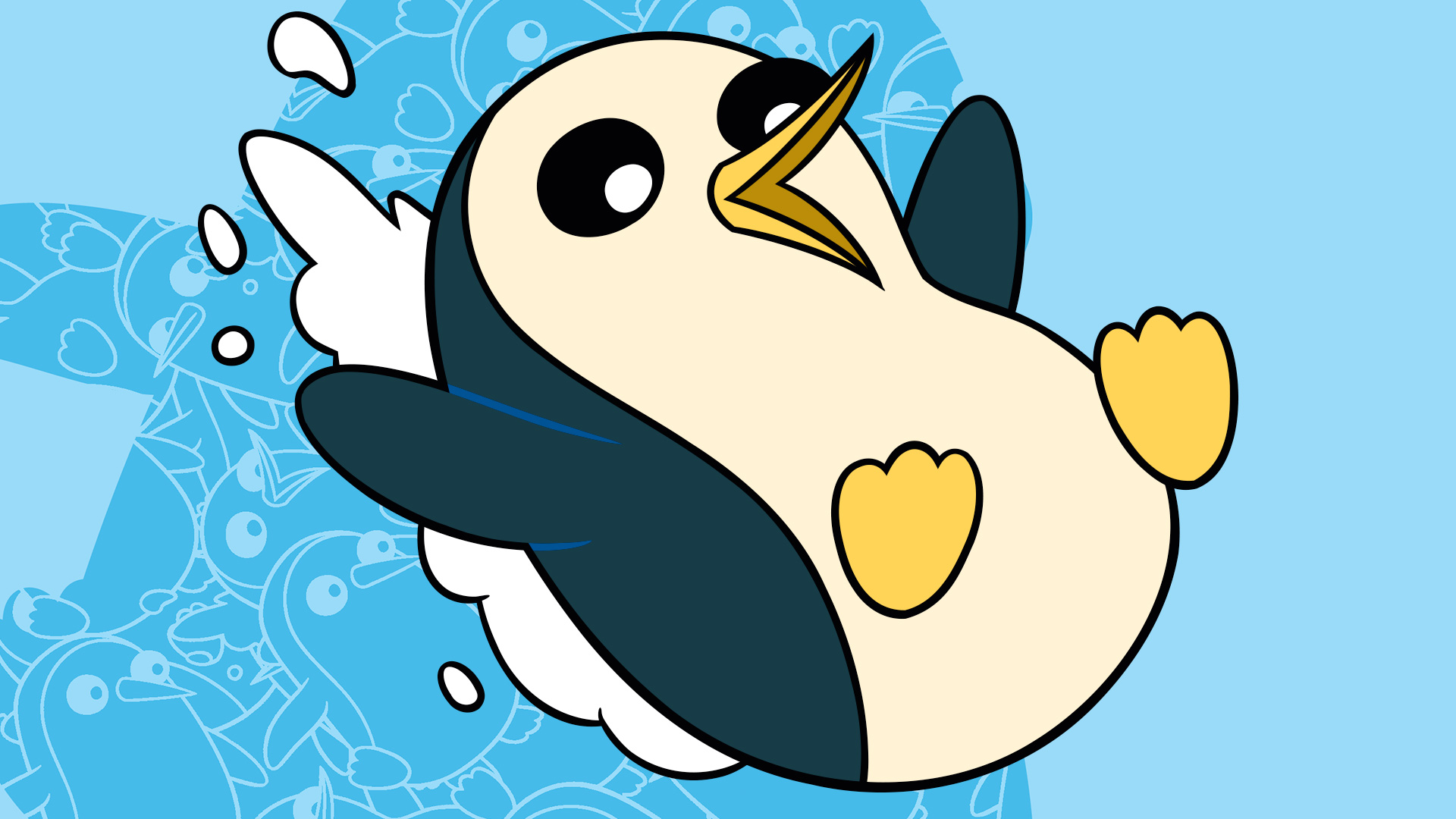 Whether Gunter is a single character or just the name given to every penguin in the series is still beyond me. Also, what is it with penguins and being conspiring tricksters? 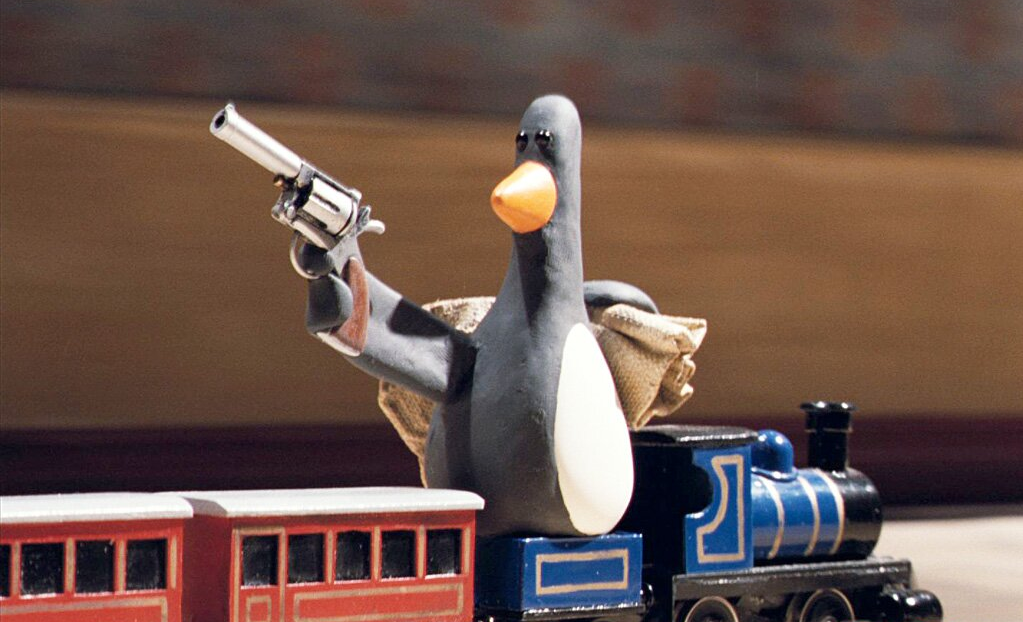 Case in point. I remember thinking that Feathers was absolutely hilarious as a kid. Now I just wonder why my parents let me watch a show with so many guns in it.

Piplup's evolutionary line is one of my favorites, seamlessly progressing from cute to awesome. My only qualm with it is that being Dawn's starter, Piplup somewhat approches annoying mascot status, but it's easily overlooked compared to some of the other Pokemon in the series. As for Delibird... it has some kind of gimmick move I think? Design wise it doesn't leave much of an impression on me.

I like the body shape of Animal Crossing's penguins; they're so fat and cute! My favorite is probably Roald, for his simple design and nice colorscheme. 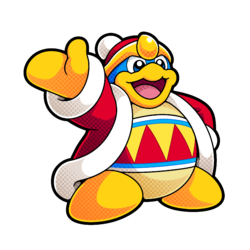 I like King Dedede as a character, but something about his design has always kind of bothered me... I think it may have something to do with the beak, it looks kind of weird. I like his giant hammer though. 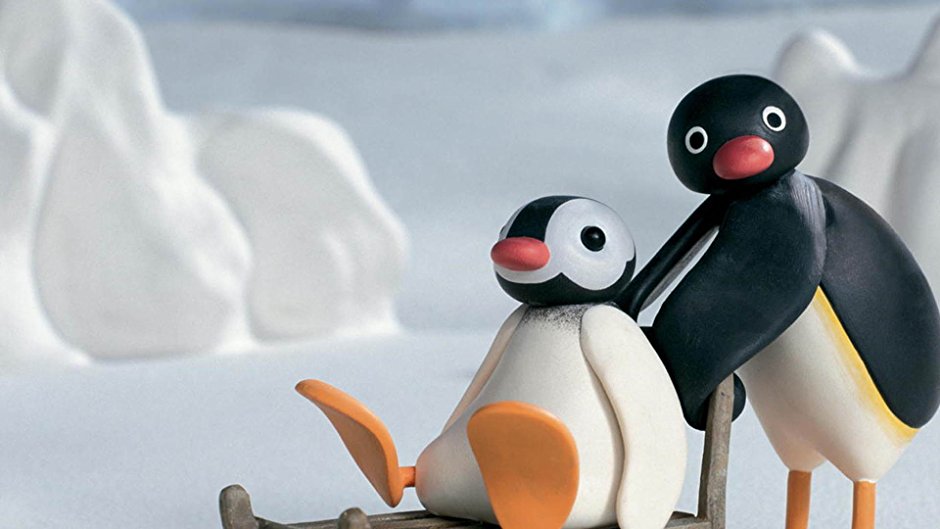 Actually, I lied, we're ending with this, the weird claymation (?) show from my early childhood. My siblings have no recollection of ever watching it, but I still remember plenty of scenes. Apparently it was Swiss, but got pretty popular in North America.